Who is the Singled Person? 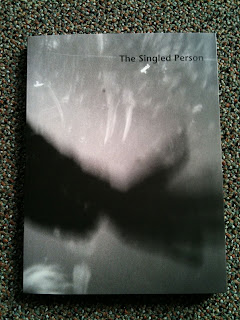 While I was finishing my post about the ‘Dark side of Photography’, I finally received a little photo book I ordered a few weeks ago from a Spanish independent bookseller, The Singled Person. The timing is great. This is the perfect transition.

The Singled Person was initially a simultaneous projection of eight videos from eight photographers: Michael Ackerman, Morten Andersen, Lorenzo Castore, Thorsten Kirchhoff, Peer Kugler, André Lützen, Hisashi Murayama and Filippo Romano.
‘They share their different visions of the singled person. Yet, who is this singled person: the photographer, the subject or both?’
The little book is a succession of images, without titles, captions or comments. The images follow one another to lead us through an intriguing journey. It’s not about the colour or the black and white. It’s not about the format or the size of the images. It’s not about the subject of the photography, its context or the name of the photographer who took it. The story it tells is not linear and sometimes doesn’t seem to make sense at all. Some images are so blurred or abstract that it takes time to understand what is in front of our eyes.
But I believe it’s the story of a day and night on earth. It’s the wanderings of silhouettes and shadows in a mysterious urban night. It’s about contemplation, solitude, isolation, relationship, love and passion
It’s the swirl of life.

Behind each image there is a question, a memory, a second or an eternity. It’s a poem written in images, with its rimes and its melody.

Promote Your Page Too

CarteBlanche
San Francisco, California, United States
CARTE BLANCHE Photography is a blog about the Art of Photography. It's about sharing a passion, a love for good Photography. It's about sharing what I see, listen, read, watch and think. It's about giving Carte Blanche to great artists, to great images. Please note that I write about what I like. I always cite the artist and link to their website. If you don't want to appear here, please let me know. I'll make sure to respond. By Gwen Lafage http://twitter.com/GwenLafage